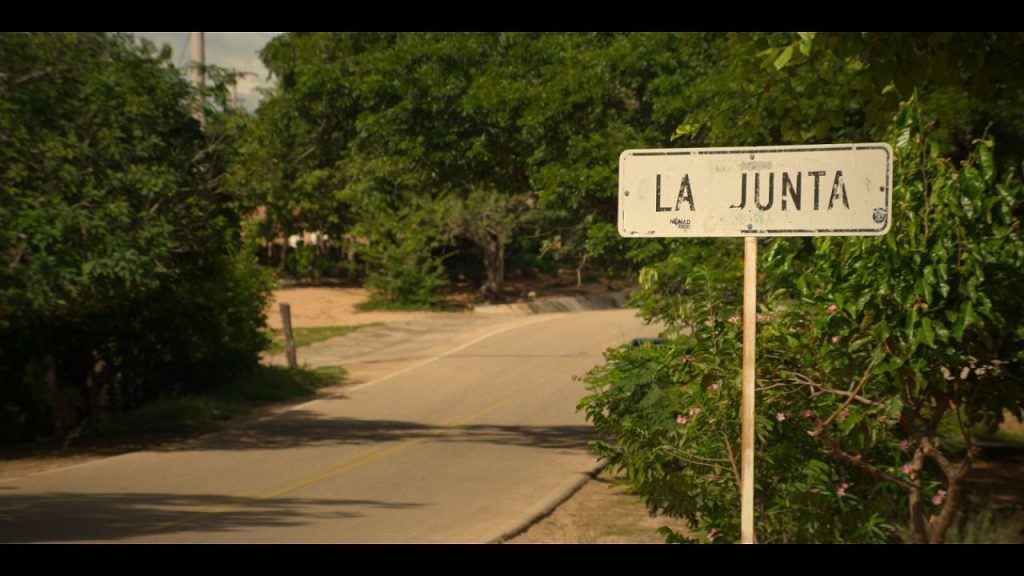 Despite the success and fame that Diomedes Díaz achieved thanks to being one of the main exponents of the vallenato genre in Colombia, he was also known for committing the murder of one of his fans at the peak of his musical career. The singer-songwriter had a life that synthesizes the culture based on the […] 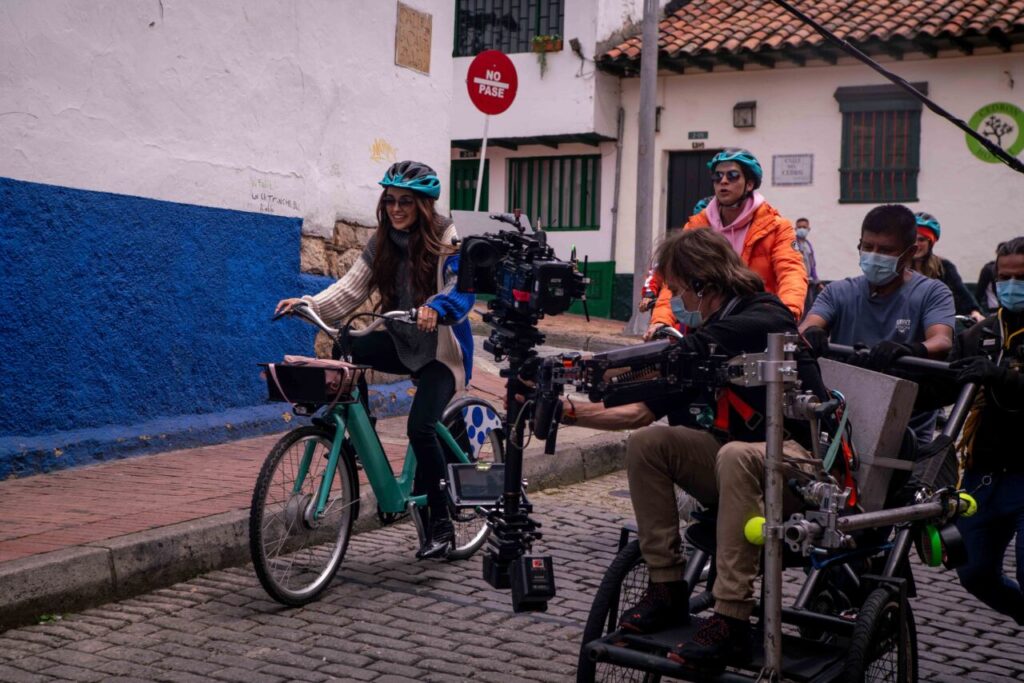 Kally’s Mashup ¡A very Kally’s Birthday! tells the story of the crazy trip that the teenager takes to Colombia days before her birthday. Trouble begins when Kally meets the pop icon of the moment, a star who is as successful as he is seductive. But Dante is not willing to lose her so easily. While […] 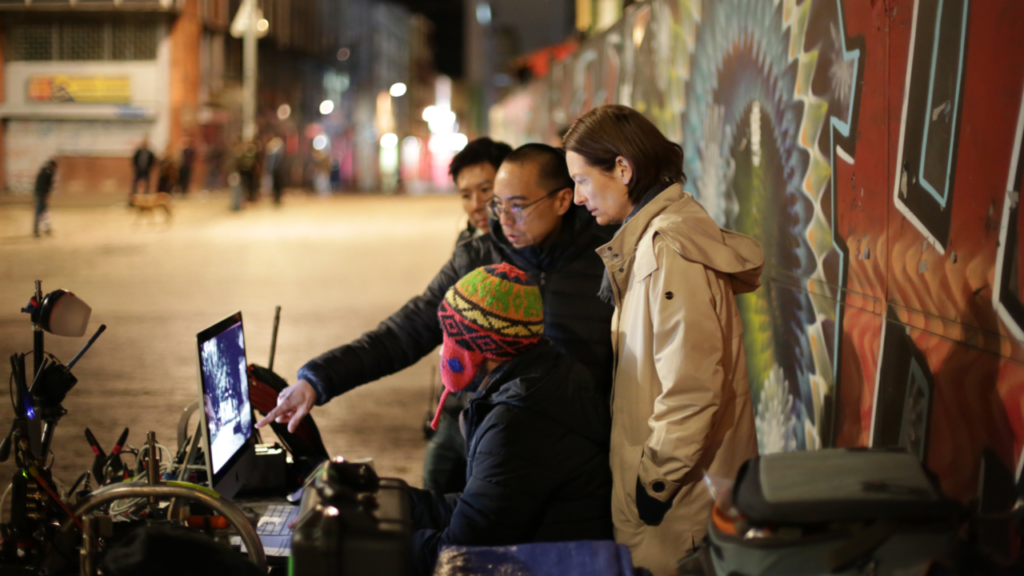 Ever since being startled by a loud ‘bang’ at daybreak, Jessica is unable to sleep. In Bogotá to visit her sister, she befriends Agnès, an archaeologist studying human remains discovered within a tunnel under construction. Jessica travels to see Agnès at the excavation site. In a small town nearby, she encounters a fish scaler, Hernán. […] 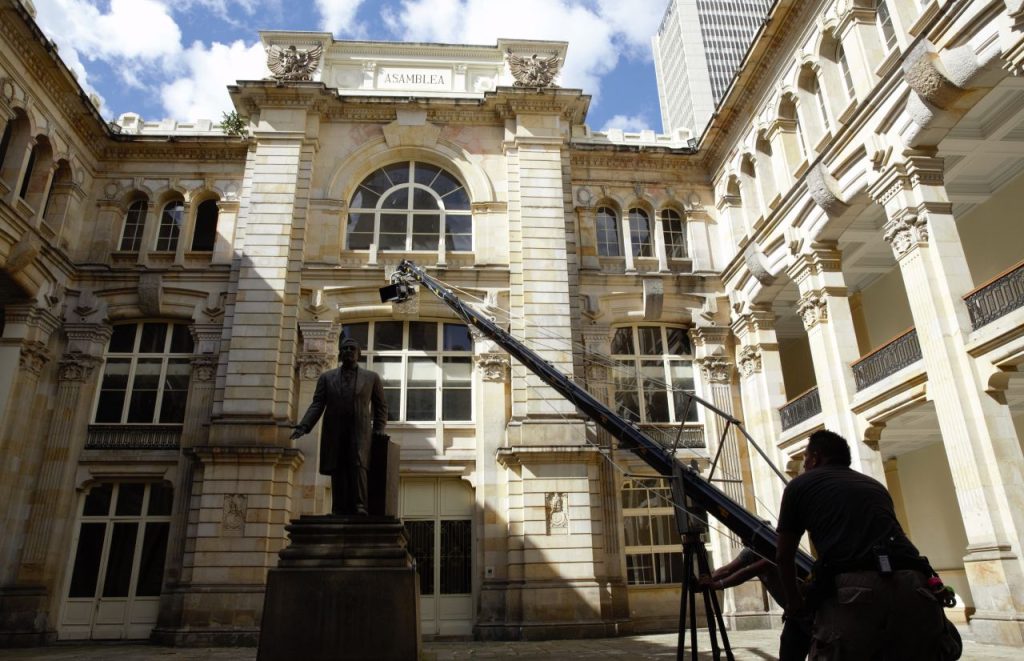 On the cusp of the year 2000, Colombian brothers Carly (Mateo Arias) and Mateo (Moises Arias) prepare to move to the United States for their last years of high school. Metalhead Carly has his heart set on attending the Georgia Aerospace Institute and working for NASA, while his supportive parents (Diane Guerrero and Wilmer Valderrama) […] 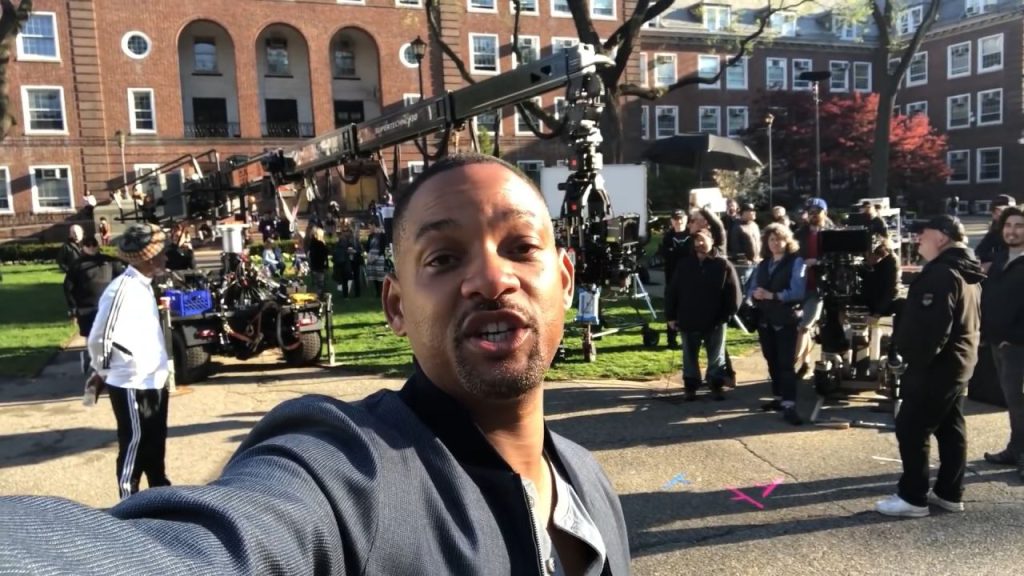 Henry Brogen, an assassin looking to get out of his career, faces a younger clone of himself, who can predict his every move. Project benefited by 1556 Law Incentive  Colombian film production service company: Dynamo Producciones SAS 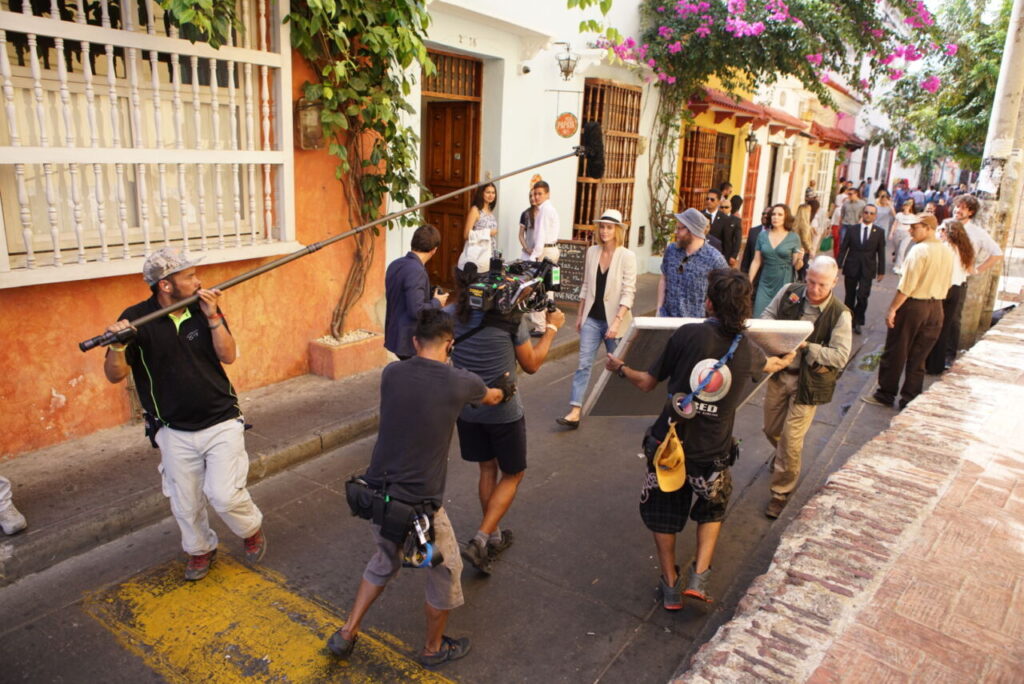 Secretary of State Charlotte Fieldsse prepares to launch her campaign for the Presidency of the United States. Along the way she meets Fred Flarsky, a young man she used to babysit and is now hired to be her speechwriter. During their campaign promoting their Environmental Policy, they travel through different countries, among those Colombia, where […]

Running with the devil 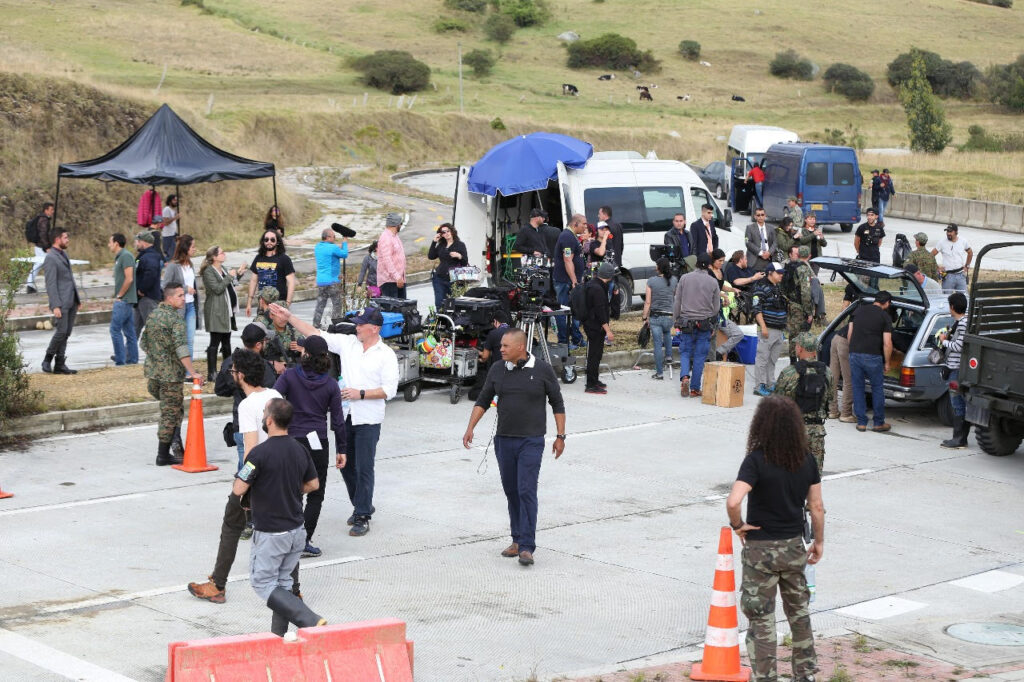 Running With The Devil tells the story of a drug shipment that affects the lives of dozens of people below and above the law in just a few days. Among the many moving parts, nameless players – The Cook (Nicolas Cage), The Man (Laurence Fishburne), and the Agent – are in a triangular percussion and […] 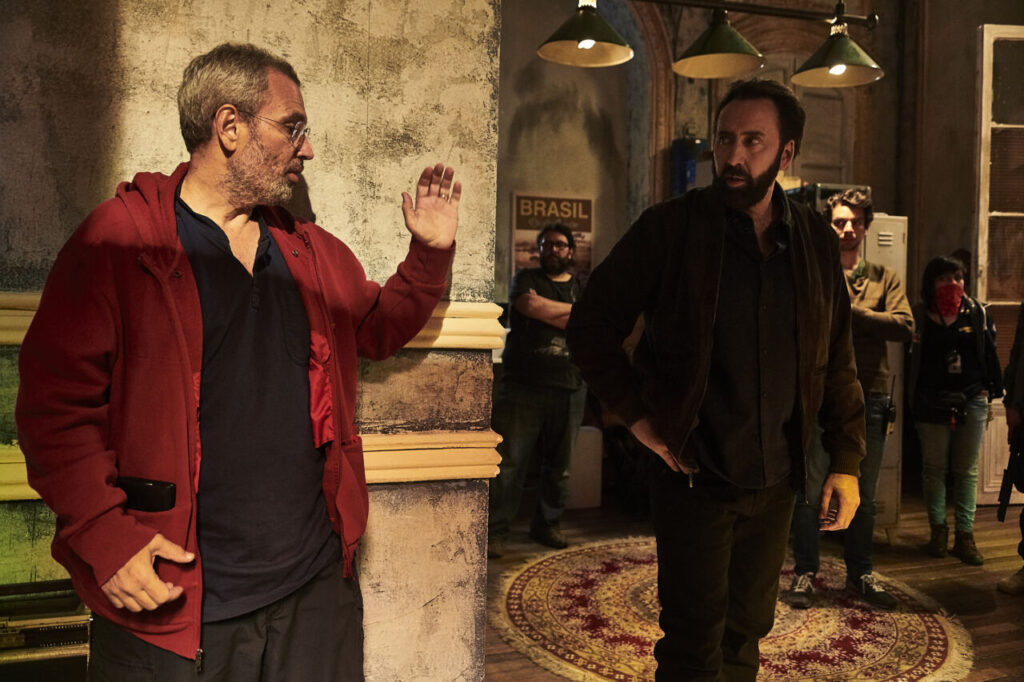 The lives of three strangers are inevitably entangled in a conflict for which none of them is prepared. Project benefited by the 1556 Law Incentive. 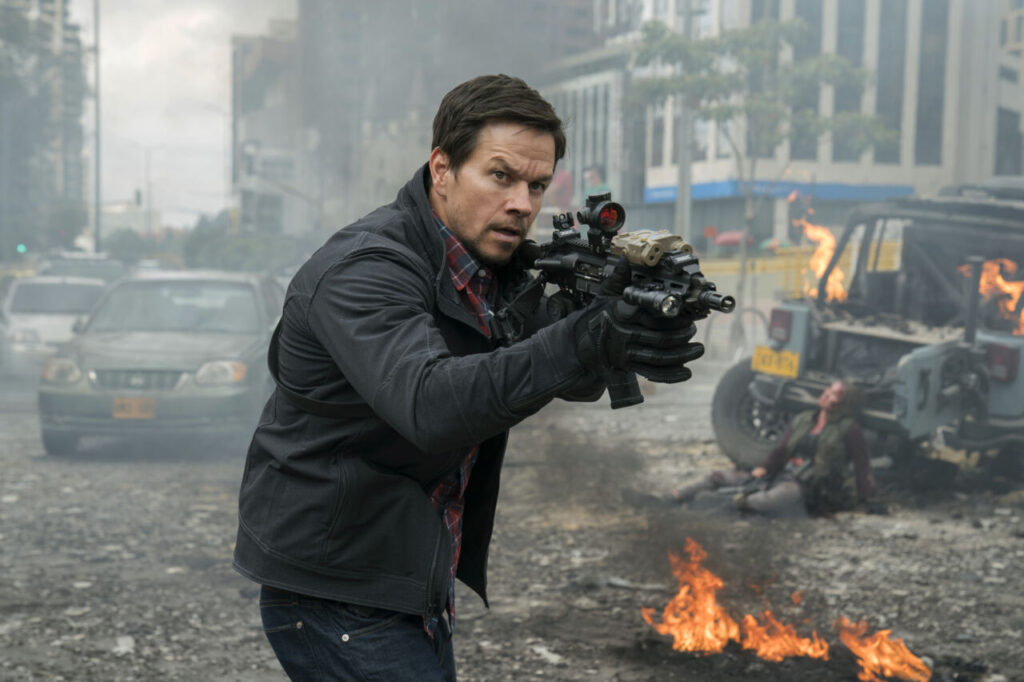 An American intelligence officer, with the help of a top secret command unit, attempts to remove a mysterious police officer who has secret information about the government of the country in which they are staying. Project benefited by the 1556 Law Incentive 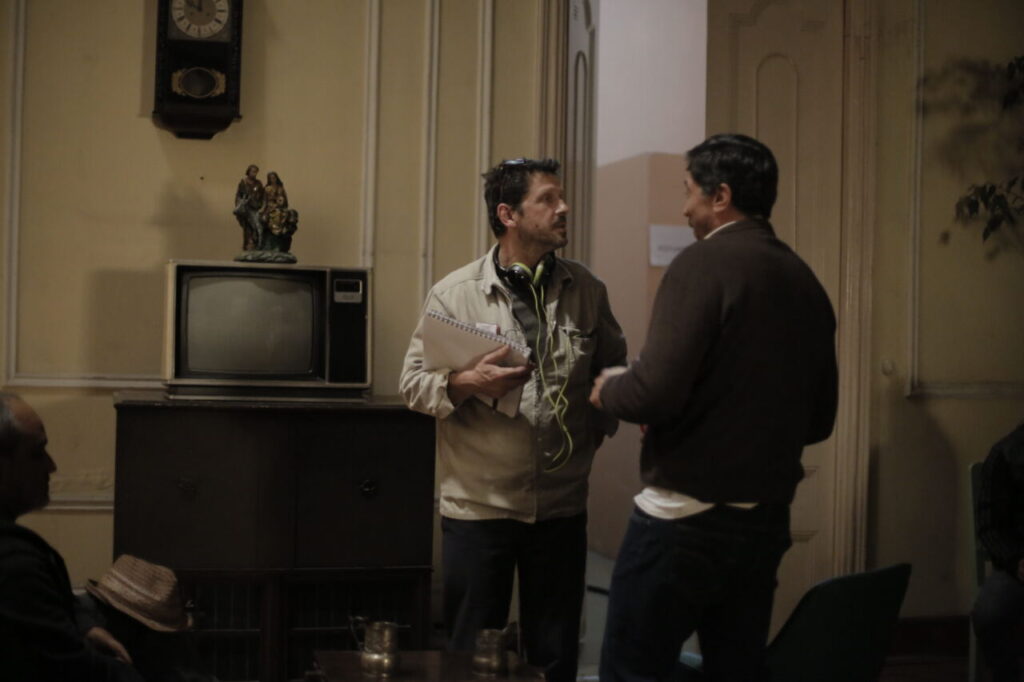 Fresh is a young thief who dreams of being a conjurer so he can steal without using violence. Fresh knows Chucho, a security officer who will teach him the tricks he needs in exchange for money. With Juana and Doggy, friends of Fresh, they will take risks that, together with the greed and adrenaline of […] 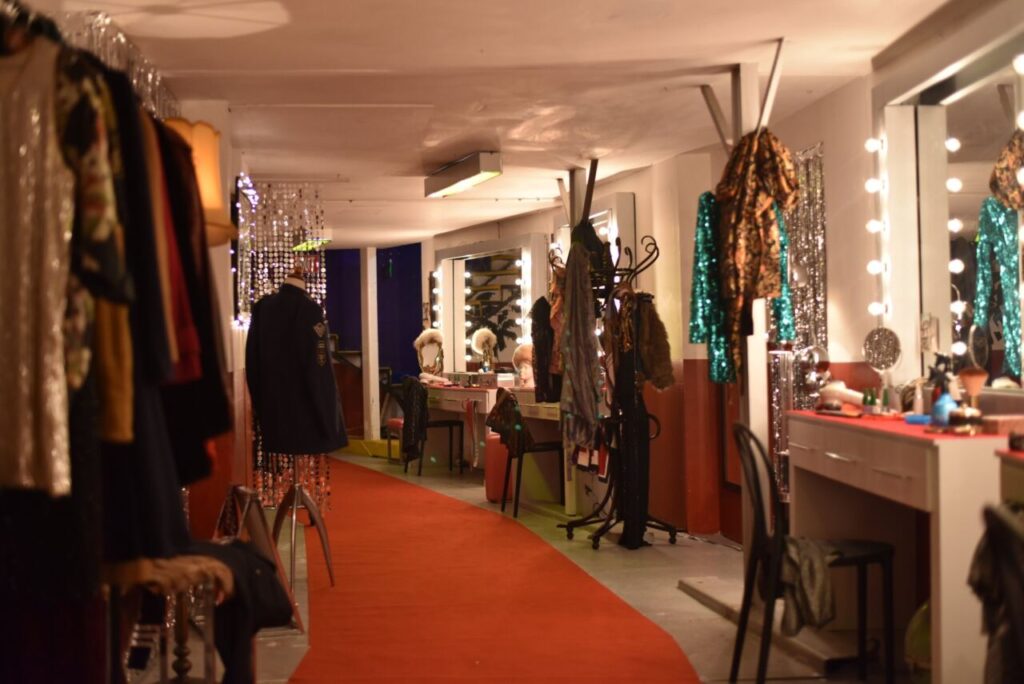 Bellevile Cop focuses on the story of Baaba (Omar Sy) a 35-year-old cop who has spent his entire life solving small street thefts in his home district of Belleville, Paris, France. He leads a simple life and is very happy doing what he does. But during the reunion with his childhood friend, Roland, who is […] 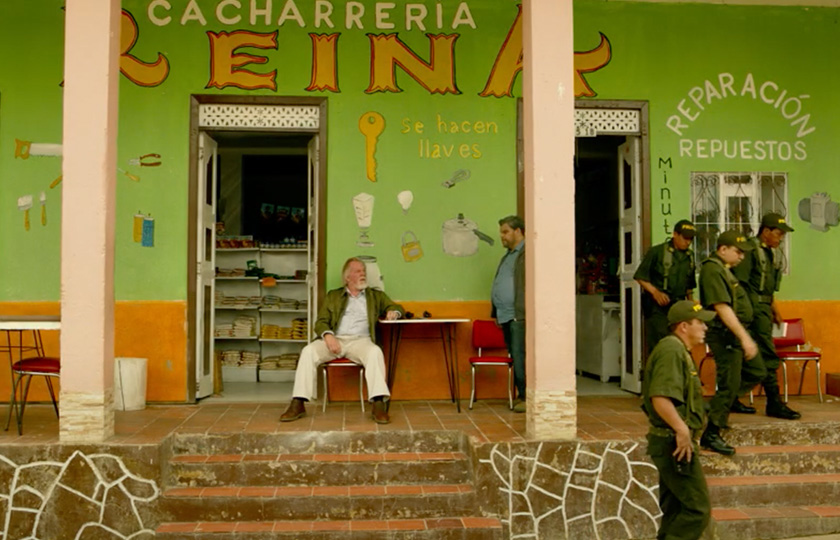 The story of the Father, a small-time hustler who runs away from his persecutors, American court judge Nemes and local police officer Gaspar. When the Father is caught, he flees the scene in a stolen car, unaware that a 16-year-old precocious girl, Lena, is hiding in the back seat. After she blackmails him into letting […]